No updates for anyone!

As some might have noticed i haven’t updated much of my plugins for a while now, but i have some good reasons.

The first reason, work is eating up all my time during the day, and not every piece of code we do at House of Secrets will end up (immediately) for everyone to download, of which the latest are complete rewrites of our character animation pipeline, sorry folks.

The second reason, i gave Avatar the Last Airbender another chance after being turned of by it by trying to watch it on the networks here in the Netherlands. 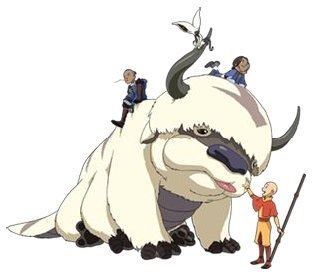 Now the reason i got turned of is because the networks here basically treat their viewing audience as morons and show no respect for the work some people put in fine story arcs that span multiple episodes, this disrespect shows itself in the fact that episodes are not always broadcast in the right order (another reason why Star Trek DS9 was unwatchable over here)
So, after watching one or two episodes i turned down the series as incoherent, jokes that made no sense and a cheap anime knock off, albeit very well animated.

Boy am i glad i gave this show another try, after watching the show from the start and in proper order, it became quite clear quite fast how well this series is executed.
Besides the fact that this show is very well animated it shows that this is one of the few US animated series that the creators put a lot of thought into.
The world they created works incredibly well, the different tribes on the surface look like the typical cliche ‘each tribe has its own color scheme and element they control (water, earth, fire, air) ‘, but when you pay attention you’ll notice the differences are not only in the color schemes but also in architecture, socially and the way they control those elements, there are clear distinctions in martial arts styles when dealing with each element.

Another thing i could pick up on in this show was which studios and movies influenced the creators the most, there’s clear evidence of being influenced my Hayao Miyazaki’s work, most notably Appa, the flying bison, which kept reminding me of the Cat bus from My Neighbor Totoro (Tonari no Totoro), my favorite Ghibli film by far.

Also, the timing and style of animation reminded me a lot of the work done by Production I.G and Studio 4°C, the last one which has yet to make something that sucks.

Another thing i really liked, is the fact that the story arch ends after 3 seasons, and that is the end of it, no keeping it running because it is popular, no needless fillers, no stretching some meaningless and boring story arch and no cancelling of the show after having it bled dry of its viewers because of the aforementioned.

Needless to say, the last 2 weeks i spend most of my spare time, lounging on the couch watching Avatar, something i can suggest to everyone who hasn’t seen it yet.

This site uses Akismet to reduce spam. Learn how your comment data is processed.

Also @unity, let me know when my contacts stop working at your place so I don't have to use twitter as a last resort to get you attention last minute.

Someone at @unity please tell me what the fuck our new pricing is going to be? Is it 115? monthly? (our current plan) is it 138 monthly annually? (great savings by the way) Is it going to be 150 /180 USD (what is that converted to euros?)

So here's an interesting observation.
People don't submit bug reports, like, zero. They will however leave negative reviews, so, despite those reviews tanking your sales, they are really handy to find and fix (obscure) bugs, like the bugged, and now fixed, edge detection in KIN.

Might as well make it official now that the store is live...KIN is coming to Steam this fall!

Yes, maybe you should check for that @autodesk